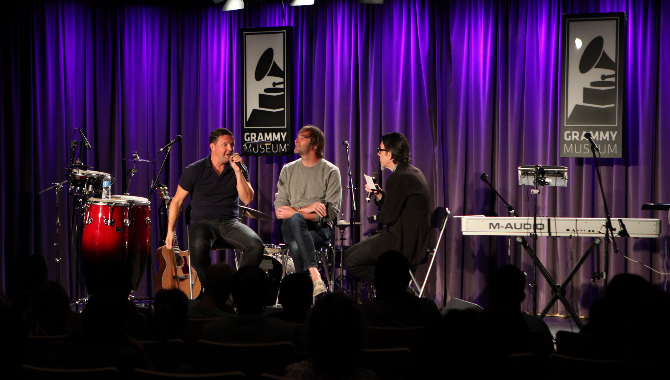 When the GRAMMY Award-winning group Dirty Vegas was founded, the mold of the electronic fused bands was broken. Not a mere two turntables and a microphone…Dirty Vegas are true musicians. Founded by Paul Harris, Steve Smith and Ben Harris, the group has become one of the most recognizable names in EDM. The band’s 2001 debut single “Days Go By” appeared in a now-iconic television advertisement for Mitsubishi and became a benchmark that set a new model for the marketing music in advertising. The single, with its magnetic original video, catapulted Dirty Vegas to GRAMMY success winning the group Best Dance Recording in 2003; the first year the award was given in that category.  The two years that followed were a rollercoaster that included the release of their eponymous debut album and headlining their own worldwide tour supported such like-minded artists as Moby, Underworld and Groove Armada. Dirty Vegas also went on to sell over 1 million albums. Since then, Dirty Vegas has gone on to release two more albums; 2004’s ‘One’ and 2011’s ‘Electric Love.” The group has continued to gain numerous accolades and awards including a No. 1 hit on the Billboard Dance Chart.  In 2011, Ben Harris felt that he had fulfilled all that he could as part of the Dirty Vegas project and parted ways to pursue other interests.  The new Dirty Vegas are now emerging, and are always writing and creating new sounds and styles to play with. In a career that started over 10 years ago, Smith and Harris are ready for the next step in the evolution of Dirty Vegas. Join us in the Clive Davis Theater as the now duo discuss their thrilling career, as well as introduce some new material, from their new EP Let The Night, released March 2014, which reached No.3 US itunes Dance Chart and debuted at #24 Current Electronic Albums on Billboard. The program will be moderated by Vice President of The GRAMMY Foundation and MusiCares, Scott Goldman, and will include a special performance.